[…] „As the Eastern Partnership has entered its second decade, challenging questions
remain and arise as to the future of Eastern Europe. For this reason, the EU and its partners have undertaken a comprehensive review of this policy framework, with revisions to be announced at an EU-EaP summit later this year. Numerous experts from the EU and the Eastern Partnership have contributed their assessments coupled with recommendations for improving this regional initiative. This scenario report* wishes to enrich the debate and decision-making by tracing key dynamics and charting possible trajectories for Eastern Europe to take over the coming ten years.”

#1 Pragmatic Integration
Over the next decade, the EaP countries gradually achieve tangible but limited progress on their road to European integration. The apparent divergence between them continues to widen.

Moldova, reflecting on the strengths and economic benefits based on the implementation of the AA and DCFTA with EU, is determined to strengthen the agricultural and agro-food sector which still represents the essential driver of Moldova’s external trade. Expansions of trade flows with the EU, improvement of the foreign trade performance creates favourable conditions for enhancing competitiveness and poverty reduction. In the background, however, Russian pressure is increasing and affects Moldova’s domestic and foreign policies development. At the same time, the tension between the EU and Russia remains unchanged. Questions regarding the peaceful settlement of the Transnistrian conflict and the withdrawal of the Russian troops from the territory of Moldova continue to be sensitive.

#2 Russian Hegemony Revisited
The EU is too feeble to engage with its Eastern neighbours, all of which are reabsorbed into the Russian sphere of influence by 2030.

The strengthening of Russian influence in Moldova, backed up by some political parties and their leaders, creates a certain discomfort within the EU, given the support offered by the Union to Moldova for advancing economic integration and political association of Moldova with the EU. A lack of good governance and low level of democracy, increased corruption at all levels, lead towards the subversion of Moldova’s sovereignty and territorial integrity. The settlement of the Transnistrian conflict is artificially prolonged. At the same time, the high concentration of state power in the hands of a small oligarchic group affects the entire economic, political and social development of the country.

#3 EU Pivot to Moscow
The EU reboots its relationship with Russia at the expense of the EaP countries whose democratic reform and European integration stalls by 2030.

Many within Moldova’s political class are supportive of partnering with Russia and new parties emerge which take a pragmatic approach towards the changed external situation. While there is some optimism about closer economic cooperation, Moldova’s main political and socio-economic problems continue to prevail. Moldova’s dependence of the Russian energy resources represents an obvious internal vulnerability of the state. Legislative efforts target improvements in the Moldovan industry, employment policy and exports but fall short of creating a strong dynamic. The domestic economy of the country grows slowly because the pathway to deep integration with the EU has been halted.

#4 Civic Emancipation
Part of a global wave of civic protests, the EaP countries face rising demands from their citizens for stronger democracy, the rule of law, and resilience to malign influences.

The internal divisions and limited capacities of Moldova, with no prospect of greater integration, may stall the reform process. Weak governance, corruption, oligarchy, weak economy and dependence on remittance from expatriate workers contribute to the outflow of the population. As a result, activism and reformist sentiments of civil society grow. The role of the youth in political processes is increasing. There is an understanding that the ability to change the political situation in the country directly
depends on the level of political literacy of the population. More attention is focused on education, activism and strengthening the position of the younger generation. Democracy is gradually being strengthened in Moldova. Meanwhile, the country maintains an apparent neutral position in terms of foreign policy.

*This report was jointly developed by Visegrad Insight, the German Marshall Fund of the United States and through workshops and collaboration with over thirty extraordinary minds – analysts, journalists, policymakers, civic activists, digital community and business leaders – from the six countries of the Eastern Partnership.This report has been supported by the International Visegrad Fund. It does not necessarily reflect the official policy or position of the Visegrad Group or the International Visegrad Fund. 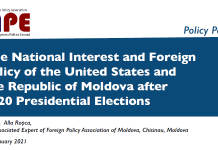 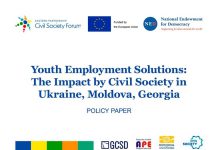 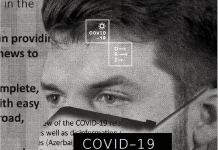 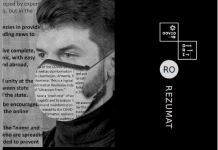 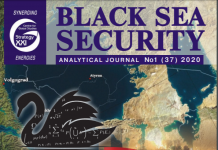 Black Sea Security Analytical Journal, no. 1 (37) 2020. Security Issues of the Republic of Moldova in the Context of Militarization of the Black...