Home Interviews Interview with the President of the Republic of Moldova, Nicolae Timofti, to... 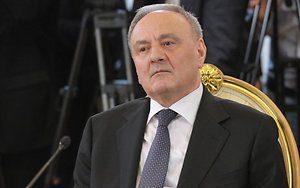 1. In one of your statements you told that Moldova should become a bridge between East and West, which shall be beneficial for your country. Which in reality should be that bridge?

Nicolae Timofti: I mean a bridge for people, goods and ideas to cross it over. In the Republic of Moldova, we have experts and institutions which are familiar with both East and West. Hundreds of thousands of Moldovans have travelled in Western Europe during the last years and continue to travel. On the other hand, the Republic of Moldova was part of the former USSR and now it is part of CIS, thus, our fellow citizens could mediate, on the condition of launching some platforms in this sense, some projects, for example business or cultural, because they feel themselves comfortable in both of the above mentioned regions. Also, I would imagine, for example, Chisinau as an ideal location for regional conferences, even for international ones or a very good place as centre for commercial distribution networks. And finally, a stopover in Chisinau would be enjoyed by and could be beneficial to every tourist or businessman.

2. Kishinev and Bucharest have strong intentions to unify the two states. How can this influence domestic reforms of Moldova and development of its relations with the European Union?

Nicolae Timofti: This is a very good question and I have a simple and predictable answer to it. We would like to be together with Romania in the European Union. Until then, and also with the help of our brothers and partners from Romania, we are aligning our legislation, procedures, mentality. In other words, we are eliminating injustices that were committed since the installation of a wall on the Prut River, after the Second World War. People on both sides of Prut River have suffered as a result of that political decision.

3. According to the Constitution, the Republic of Moldova is a neutral state. Does this status contradict promotion of relations with NATO?

4. To your mind, is there a difference between the lines of Moscow and Kiev within regulation of Transnistria conflict and with which points of these lines Kishinev agrees and disagrees?

Nicolae Timofti: Kiev has a more categorical approach to Transnistrian conflict settlement, and is in favour of changing of the current format of peacekeepers on Nistru River into a civil mission with international mandate. Moscow, however, is seeking to patch up a dispute by providing Transnistria with a special political status, and Tiraspol wants the region to become an independent state. We understand this approach, but we are keeping in mind the interests of the Republic of Moldova and other provisions of the Constitution, referring to the states indivisible character.

5. How do the relations of Moldova with GUAM and Central Asian states develop?

Nicolae Timofti: Relations of the Republic of Moldova with the Asian countries are based on principles of bilateral cooperation.
As far as GUAM concerns, currently this cooperation platform is less used, however if the need occurs, I am sure that this organisation could be revived. During the past decade there were conducted useful discussions under this platform, but meanwhile the dialogue among the GUAM Member States has deepened within the BSEC Organization and Eastern Partnership. 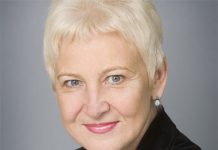