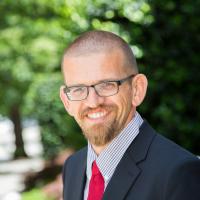 After this weeks U.S. election, not many in the United States or Western Europe are focused on the elections that are taking place in Moldova. Those who have been following saw a fascinating political drama unfold, as Maia Sandu took 38 percent of the vote to Socialist Partys Igor Dodons 48 percent in the first round of voting October 30 â€” results close enough to force a runoff election between the two candidates scheduled for November 13.

Sandu is a political upstart, representing the recently founded Action and Solidarity Party, with a campaign warchest of only $20,000. The more established and better financed Truth and Dignity Party and Democratic Party withdrew their candidates from the race in the weeks before the election, leaving the Moldovan public with a choice between the pro-European Sandu and the pro-Russian Dodon.

Except: that dichotomy â€” Europe versus Russia â€” is not the right lens for viewing Moldova. This geopolitical framing is the narrative that Russia wants to establish for the region to continue exerting its influence. It has also played into the hands of the oligarchic forces that control Moldovan media and politics, allowing them to elude Western pressure for reform while still soliciting support from both Europe and Russia.

This isnt trivial. The narrative gave those oligarchs air cover to steal over $1 billion in a stunning 2014 bank fraud. That number represents 12 percent of the countrys GDP â€” a massive blow to a very fragile economy. And thats not the only rip in Moldovas social fabric: over roughly the last decade, as much as 20 percent of the countrys population has emigrated for economic opportunity. The pension fund for the countrys aging population could run out within three years. Public trust is, as one would imagine, at a dangerously low ebb. So for Moldovan voters, this election isnt about Russia or Europe. Its about whether they can realistically hope for prosperity, stability, and genuine democracy.

In this sense, much more is at stake than Moldova. Since Russias invasion of Crimea in 2014, the United States and European nations have increasingly viewed the region through the Cold War lens of a grand struggle between West and East. We should be cautious about this narrative, asking ourselves how accurate it really is and who it may help.

And we should probably keep a close eye on what happens in Moldova on Sunday.

The views expressed in GMF publications and commentary are the views of the author alone.