Home Analyses Elections in time of the Hybrid War: the case of Moldova

Security challenges arising from hybrid threats are high on security agenda in the Republic of Moldova as well as regionally. In the period of electoral process, the hybrid context became more tangible. A Moldovan asymmetric approach to the Russian hybrid threats have created provocative conditions in which reducing the threats and eventually preventing it was impossible. Moldova will remain in a so called «gray» zone for a long time due to misunderstanding of Russia worldview and using Russian support in the double political game of the potential electoral participants. The internal political situation of the country depends on the results of coalition formation in the Parliament.

The role of geopolitical factor in election landscape

The geopolitical implication of the elections is typical for election campaigns held in the Republic of Moldova. This context remains and will play a dominant role at least in few next electoral cycles. After the signing of the Association Agreement with EU, the period of initial modernization processes and reforms according the European standards, as well as after the statements about regional solidarity with Ukraine, Romania and Georgia, the Republic of Moldova was not again prepared for the European and democratic choice test.

The Russian influence, soft power, political propaganda, disinformation and fake news were largely used during the pre-election campaign. The contradiction of geopolitical interests makes the internal political situation in the Republic of Moldova extremely difficult. Provocative geopolitical statements of the political parties’ representatives, manipulations, diversion use of administrative resources, the use of electoral technologies and tactics in particular, «dirty technology» and «black PR» were the key instruments to lobby the interest of the candidates in struggle between pro-Russian and pro-European interests.

The main problem is not only geopolitical context. The whole process is affected by low level of democracy, high level of corruption in strategic spheres of the government and low level of political culture. The current vertical power in the Republic of Moldova does not focus efforts on the cohesion of the population, but on the contrary contributes to its division, which aggravates the difficulties of the internal political development of the country and hinders the internal modernization processes.

The election campaign in the Republic of Moldova was dirty, the political players have used various illegal strategies to gained the trust of citizens. The Democratic Party, Socialist Party and «Shor» Party are the leaders from this point of view. More than 80% of media in Moldova is concentrated in the hands of these political parties and all of them engaged media resources in the electoral struggle.

Russian ideological and information resources continue to exert their manipulative influence, despite the active measures taken by the country’s authorities aimed at combating propaganda and disinformation at the legislative level. The main reason is that Moldovan authorities are willing to limit the proportion of Russian propaganda only sporadically, when the governing party is affected by political interests.

The Republic of Moldova is an exceptional state, a state where own political interests of politicians play more dominant role than national interests of the country. The participation of «Shor» Party and «Our Party» in election campaign represent eloquent example. After the banking scandal and case with Russia Laundromat it was possible in our country. The main aim of this political technology is the marginalization of the opposition by any means.

According to the elections results, the future of the Republic of Moldova depends on the possibilities to form different kind of coalitions between following parties:

–  The Socialist Party with their former leader I. Dodon. The populist tactics of the pro-Russian president plays a huge role in consolidating the mental dependence on the Russian Federation in the Moldovan society. His visits to the Russian Federation and the issues he discussed with President Vladimir Putin, meetings with representatives of the State Duma of the Federal Assembly of the Russian Federation with a view to improving relations at the inter-parliamentary and intergovernmental level, as well as with politicians, statesmen, business environment and Russian orthodox church representatives are widely covered. All these and the Russian influence gave additional advantages to the President and additional points to the Socialist Party. The Transnistrian region as electoral backup for pro-Russian forces gave additional points for the Socialist Party. More than half of the voters voted for them.

– The Democratic Party – the ruling party, which in the last moment have changed their political program to so called «pro-Moldovan policy» in spate of the geopolitical views of the citizens. This fact raised serious question about the strategic thinking of the party and its capacity to survive the EU – Moldova political relations. The statements of the Democratic Party: «Democratic Party is a party of actions rather than words» in reality don’t have practical implementation. Technological effectiveness of the electoral mixt system as an instrument of keeping the power by the ruling party was very useful for their own interest. The Democratic Party won a chance to remain in power due to the victories of their candidates in single-mandate constituencies, were correctly established electoral districts that allowed minimizing the success of Socialists Party.

– The Platform «ACUM» – the extra-parliamentary opposition and without political power, administrative resources and financial support, this party attempted to strengthen its voice through intensive communication with EU. ACUM declared the fight against corruption and oligarchy.

Result of the elections stated the withdrawal from the scene of such political forces as Communist Party and Liberals Party. It is one of the specifics of the 2019 parliamentary elections.

Security aspects of the electoral campaign

The nature of an election makes it vulnerable to a range of security threats against participants, infrastructure, information and materials. An electoral process is constituted from a complex series of interdependent sub-processes, generally including: civic education, voter education, voter registration, party registration, the campaign period, counting and the official announcement of results. Each of these sub-processes can be characterized by different types of threats. Summarizing the election threat landscape in the Republic of Moldova we can mention the following:

– The influence of hybrid challenges to the electoral process. Hybrid threats reflect significant change in the nature of regional and international security. In turn, tends to increase feelings of insecurity. This means that the picture of the security environment is not simply black or white. It is multi-layered, multidimensional one. Moldova remains in a gray zone for a long time due to misunderstanding of the Russia worldview, because of the deep internal political crises and incapability to defend the national interest of the country.

Responding to Russia’s hybrid challenges requires action taken in support of that perspective. Taking into account the specific of electoral process in the Republic of Moldova and elections results, conditions under which political parties obtained the Russian financial support in their political game, when long arm of Russia is everything we can’t speak about any kind of respond.

– Incapability to achieve an enhanced transparency and inclusiveness of the electoral processes. This time the parliamentary elections hold in a mixt electoral system (50 deputies on party lists and 51 in single-mandate constituencies). In spite of the fact that there were present international observers as the Delegation of the Parliamentary Assembly of the Council of Europe, observers from the OSCE Parliamentary Assembly and others, Moldova didn’t achieve fully electoral transparency. Not only geopolitical interests make the internal political situation in the Republic of Moldova extremely difficult. First of all, our politicians created speculative situations and conditions. Mutual accusations in public statements including against political leaders, political parties in media was a part of pre-elections campaign.

Election actions were promoted through the panels, meetings with voters, through social networking and in media outlets. In this context, observers conducted monitoring qualitative and quantitative coverage of election campaign including media institutions. The Central Electoral Commission elaborated the Code of Conduct, document called the parties and mass-media to respect each other’s rights, freedom and dignity. This innovation had a formal character.

– Low level of political culture and election literacy.  The CEC received complaints. Most of them were related to the registration candidates, refusal of registration; cases of violations and pressure; cases, when parties involved the people who are not the citizens of the Republic of Moldova in electoral activities. There is an evident necessity to develop election literacy particular among young generation. This time the Moldovan youth was less active than in previous electoral periods.

Taking into account all these aspects, it may be concluded there were at least democratic elections in the history of Moldova. Political parties are the main stakeholders in the mixt electoral system. The political struggle inevitably confronted pro-European and pro-Russian interests. The so-called “showcase democracy” inherent in domestic political dynamics complicates seriously the European path of the Republic of Moldova.

The post-electoral scenarios in Moldova

Multi-vector coalition – in order to stay in power and without any chance to build a coalition with pro-EU opposition, the Democratic Party could accept to build a «multi-vector coalition» with pro-Russian Socialist Party. This tandem against the ACUM will lead to complex internal political relations accompanied by blocking of decisions and status quo scenario.

Pro-EU Coalition – tandem between Democratic and Platform ACUM – it seems mostly impossible to form an affective system in this configuration. Difficulties to found the common visions and as a result stagnation would be the main characteristics of their cooperation.

It should be noted that the results of the elections on a mixt system allow the Democratic Party to stay in power.

The future of dialogue with EU depends on the variety of post-electoral political alliances. Obviously, the internal monopolization of power by the Democratic Party can help to create a parliamentary majority. But it will not change the political situation in the Republic of Moldova.

Despite attempts to confront Russia’s pressure, questions of the authorities’ accountability for the development of the country, those of the lack of national unity and cohesion, of political elite’s corruption and the low standard of living of the population remain extremely sensitive in the Republic of Moldova. Reduction of the Russian factor influence is possible through the implementation of planned reforms, economic development of the country, more active and large-scale practical involvement in the processes of European integration. The pro-European parties need to concentrate their efforts on raising their ratings and fruitful work towards state modernization. 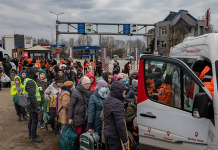 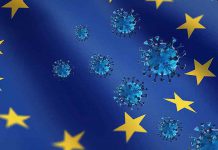 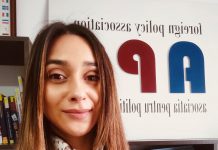 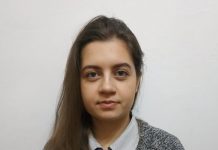